Although the cave of Altamira is not open to visitors, its replica, the neo-cave in the Museum of Altamira, located just a few metres from the original cave, can be visited.

In March 26th of 2015 the Board of the National Museum and Investigation Centre of Altamira decided to maintain the controlled and limited access regime to the cave of Altamira that began within the framework of the Investigation programme for preventive conservation and accessibility. This regime consists of one 37-minute visit per week for five people under a strict dressing and lighting protocol, with a route and times of stay defined for each part of the cave.

At the same meeting, the Board decided for the visits to follow the procedure of random selection of five visitors from those who are visiting the museum the day of the visit. These five visitors are given an application form, as well as a list of requirements that must be accepted when buying the ticket to visit the cave.

For more information, go to the Museum of Altamira official website.

The cave of Moro Chufín was named after a singular character who, according to local tales, hid a treasure in the inside. However, the true treasure is that of the red paintings decorating its high ceiling and the outer engravings found in the hall (something rather unusual in the cave art of the northern part of the peninsula). Its importance was recognized in 2008, when this cave art ensemble was conferred the World Heritage tag by UNESCO.

The cave of Covalanas is at a 2-km distance to the cave of Cullalvera and opposite the Peak of San Vicente. This cave, declared World Heritage Site by UNESCO in 2008, is a paradigmatic case, due to the contemporaneity and homogeneity of its graphic representations.

Next to the river Pas, as it passes through Puente Viesgo, stands Monte del Castillo. This hill contains four caves with prehistoric art that were declared World Heritage Site by UNESCO in 2008. El Castillo stands out from the other three caves. Its hall was dug at the beginning of the 20th century, thus writing the “first page” of Prehistory in Spain and the “first chapter” in Europe.

Close to Santander Bay, the cave of El Pendo is a cavity of monumental dimensions. Its history summarizes more than 100 years of archaeology in Cantabria. It was declared World Heritage Site by UNESCO in 2008, owing to the importance of its archaeological site and the cave paintings inside it.

This cavity is in the proximity of the caves of El Monte Castillo and is renowned for its rock engravings. It was declared World Heritage Site by UNESCO in 2008. Its entry hall was inhabited by the last groups of Neanderthals who populated the north of the peninsula and the first Homo Sapiens who lived in Cantabria. It is the only cave with rock art open to the public that has engravements to be seen.

The cave of La Garma is an active upwelling with three fossil floors and numerous karstic formations. The upper floor, with the only passable entrance at present, has a small entry hall that continues through a sinuous gallery and ends in a chasm. Behind this chasm, there is access to a wider intermediate floor, which has its original opening blocked off. At the end of this gallery, a second chasm opens and descends to the central area of the bottom floor. This floor has some passages and large-sized halls, especially in the area belonging to the original entry hall, also currently blocked off. From the bottom floor and by descending through a third chasm, the active level of the system, where an underground river flows, can be reached.

This cavity has a complex layout, with two floors communicated through karstic chimneys, to which the cave owes its name. The current entry, which is artificial, in on the upper floor. This upper floor is maze-like and of no archaeological interest. The bottom floor used to have an opening, currently blocked off, and it also has a complex layout.

Located in Monte Castillo, 600 metres away from the cave of El Castillo, the cave of Las Monedas was declared World Heritage Site by UNESCO in 2008, in view of its paintings. It owes its name to the finding of a batch of coins, dating from the time of the Catholic Monarchs of Spain, that were found within the cave.

This cave is closed to the public and, in order to visit it, it is necessary to file a request to the Consejería de Cultura, Turismo y Deporte de Cantabria. 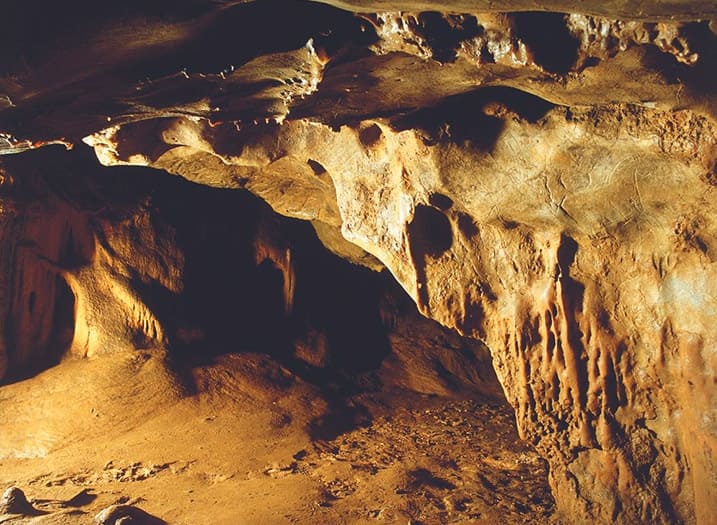 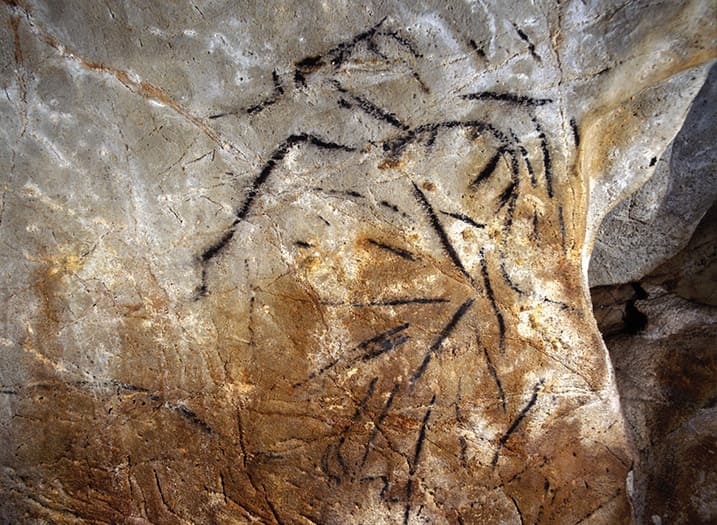 We will explore the traces of Art Nouveau in our region, with three main protagonists: Comillas, Laredo and Santander. 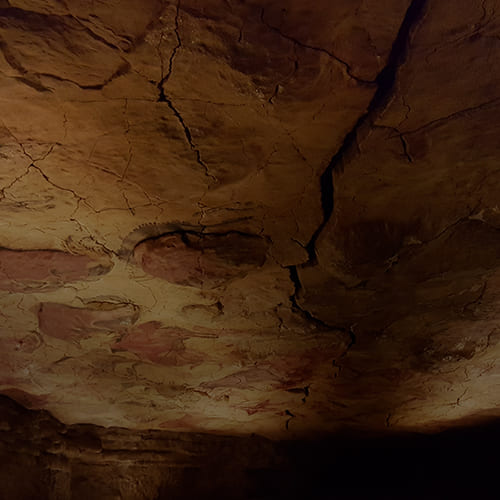 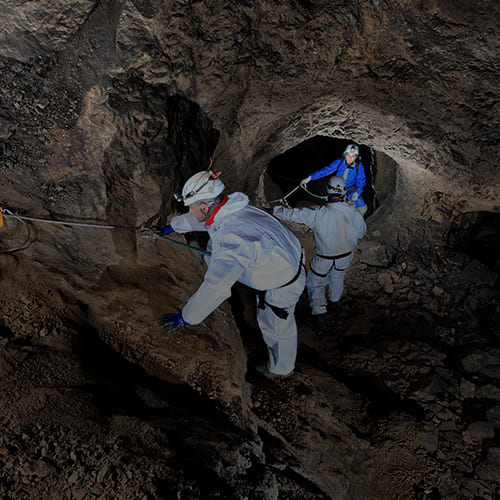